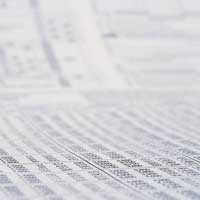 The IRS just released final 2016 standard mileage rates for cars, vans, pickups and panel trucks late last week. The 2015 rate was 57.5 cents per mile. During a recent tax class in Des Moines last week, a colleague and I were debating on how much the 2016 rate would decrease by. Based on recent trends, I thought it would be at least a nickel…and I was wrong.

The rate for medical miles actually dropped 4 cents from 23 cents to 19 cents per mile.

If you would like to learn more about recent tax changes, please contact us. We are here to help you understand the tax changes.