Standard Mileage Rates For Business Mileage to Rise in 2015 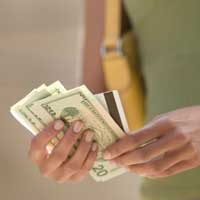 Beginning on Jan. 1, 2015, the standard mileage rates for the use of a car, van, pickup or panel truck will be:

Taxpayers always have the option of claiming deductions based on the actual costs of using a vehicle rather than the standard mileage rates.

A taxpayer may not use the business standard mileage rate for a vehicle after claiming accelerated depreciation, including the Section 179 expense deduction, on that vehicle. Likewise, the standard rate is not available to fleet owners (more than four vehicles used simultaneously). Details on these and other special rules are in Revenue Procedure 2010-51, the instructions to Form 1040 and various online IRS publications including Publication 17, Your Federal Income Tax.